My home life is a little like that scene from Office Space when Peter points out that he has eight bosses micro managing his existence.

Given, I only have four different bosses, but they are completely up my ass about every thing that I try to do. They question my competence at every turn. I can’t even carve pumpkins without major supervision.

First, there has to be an inspection of the pumpkins. Were these REALLY the best ones? 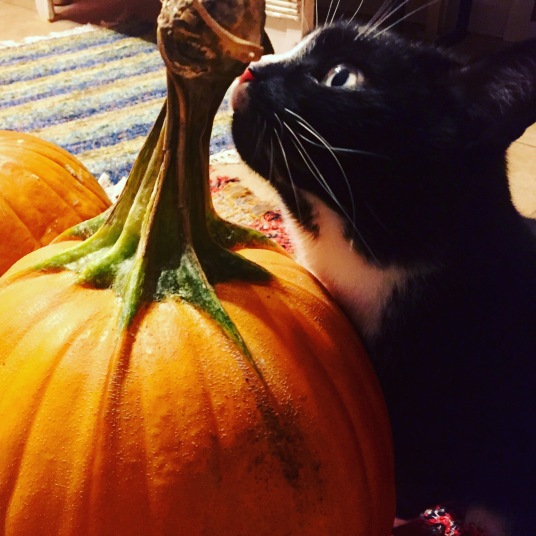 Then my top supervisor, the Helper, has to be a part of the whole process. Step by step, he has to put in his squash related know-how. “Back when I was just a feral kitten, we only picked the biggest pumpkins…”

It turns out that he was mostly concerned with watching the rest of Season 1 of Stranger Things even though he and the other bosses were very upset by the flashback where Eleven appears to be torturing a cat with her powers. They don’t like yowling cats unless they are the ones doing it. 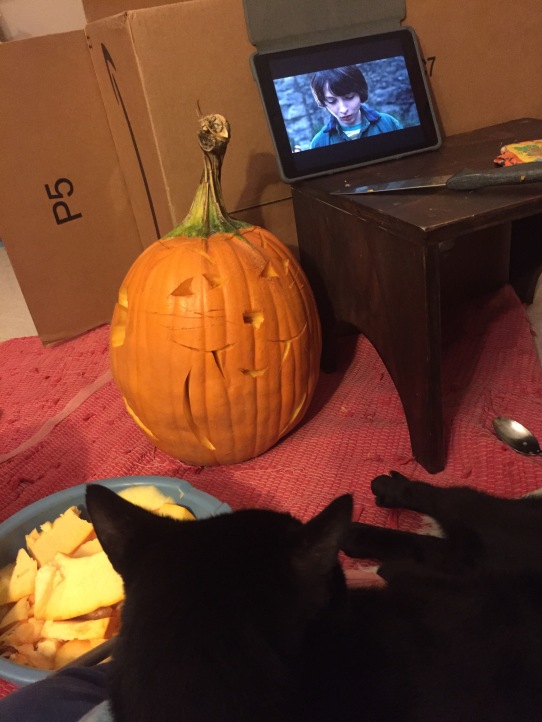 I think the giant knife really completes the photo.

My at-home bosses don’t realize that at my “real job,” I was told to either watch the series this weekend or be ostracized from lunch discussions. I can’t deal with being ignored at both of my “jobs.” 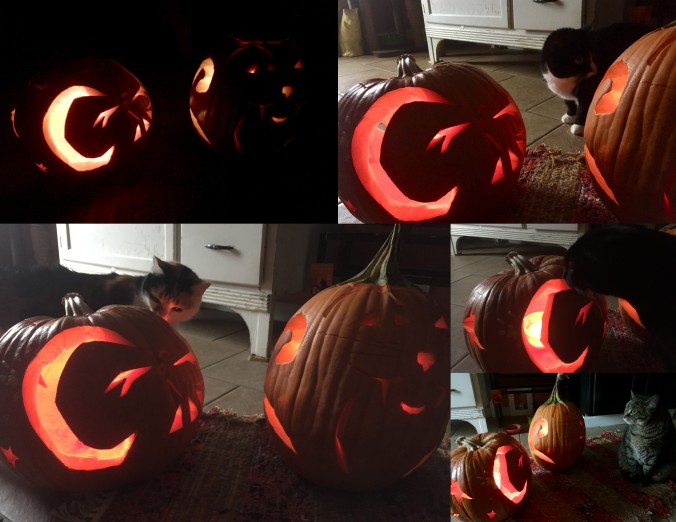 Finally, all the bosses had to weigh in on my job performance. I don’t think that this was really my best work, other years have been better. However, none of them have fired me yet or pooped in my shoes.

6 thoughts on “Supervising and Stranger Things”